She jumped out of the bath, hastily threw on a robe, and rushed to the room where the portal-cabinet was stored, carrying a towel. She was overjoyed to see the portal still open as she entered the room.

A cryogenic experiment, A brave volunteer starts to dream about being the opposite sex. Is it malfunctioning equipment, intentional or something entirely different all together.

However, Catherine was still in love with the road which in darker days had been her only happiness. It was the only thing she did in direct disobedience to her parents’ instructions. However, when she took off during school holidays she now wore boys clothes for safety. 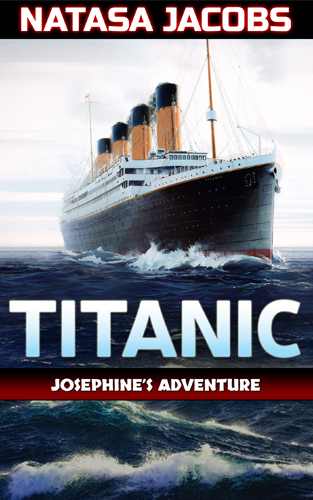 Devi woke to find Tashni shaking him gently. “I’ve got your breakfast ready, miss,” she said. She couldn’t seem to understand that Devi was a boy... and today, anyway, Devi needed to be a girl for Zindla’s ceremony.

“The winner of the auction must promise to allow Devi to go home through the portal as soon as they figure out how the cabinet works.”

Zindla liked having a little girl around, even if she was older than she looked, and used to be a boy. Seeing her cousins and other children who lived in the neighborhood, she’d sometimes regretted being an only child, and now she felt like she almost knew what it was like to have a little sister. Devi was so enthusiastic and curious about everything; having her around was like seeing everything for the first time.

The Trial of Clay

“Do you want me to show you how to sew?” Pasyala asked. “Or has your mother already shown you?”

“No,” Devi said at first. “Girls do sewing and knitting and stuff.” But then he reflected: People go into other worlds to learn valuable lessons and have adventures and stuff. The portal made me a girl, so maybe it wants me to learn about girl stuff before it will let me go home and be a boy again? “I guess I’m a girl now, so I can learn how to sew and stuff.”

“Odd, though. You don’t look like you have a transformation spell on you. Or any kind of spell, really. It’s been a long time since I’ve seen a transformation, but I think I’d recognize it. Must be some kind I’m not familiar with.”

CASTLE THE SERIES – 00015030
JODIE (16) AND GANGER (25)
Jodie had asked for the tables and chairs to be taken outside, and for someone to take a shovel to the floor since its tacky, muddy surface maekt walking on it unpleasant. The embarrassed crew had done so, and when the men were at work she had taken her skirt off, poured boiling water with scraped soap flakes dissolved in it onto the wooden floor and scrubbed it on her hands and knees prior to rinsing it off with more boiling water. Jodie was big with her pregnancy, and when the crew discovered she had scrubbed the floor on her hands and knees they were even more embarrassed.
CASTLE THE SERIES – 00015040
CHERVILLE (32) AND NIGHTSHADE (36)
After they had left Cherville asked, “Did you understand what Peregrine meant, Nightshade?”

“No, but then he’s an artist, and they’re all a little strange. His work is beautiful, but I don’t understand how he designs it.”

CASTLE THE SERIES – 00015050
STAVING IRONS
George had said if the weavers could weave the mantles as soon as possible he would start some apprentices experimenting with the concentrated salts solutions to produce what he called lime light mantles.
CASTLE THE SERIES – 00018010
KATHLEEN’S BABE REEF
Kathleen had her first contraction at ten in the forenoon, and her son Reef was birtht after one. She had an easy time of it, and as she said to Raymond and her children, “I have done this three times before you know.”

The moonlight from the window was falling directly on the gateway in the mural. But he couldn’t see the road and horse and buggy and the distant hills. Instead, he saw — a chair. A high-backed wooden chair, with red velvet cushions on the back and seat and arms, and to the left of that, part of what looked like a sofa or armchair.

The person who used to own the house until she died was an artist. She’d painted murals in every room. Davey could hardly believe that Dad was planning to paint over the battle scene in the living room and the mural in his and Mom’s bedroom, which he hadn’t let any of the kids see. Davey’s big brother Carson had snuck in to see it, and he wouldn’t tell Davey or Amy what it was; he just snickered when they asked him about it.

Susana said, ‘My husband doesn’t think all scousers are thieves. He knows they are. He’s worked with thousands of them and as far as I’m concerned he knows what he’s talking about. You don’t.”

This is one of those stories that just comes to mind one day when thinking about... Well, nothing really. I was driving in AZ, at the time, near Kingman, and I was bored. I began to wonder about Lassie, and Timmy's penchant for getting into trouble, and how long a dog's patience would last. This very short story is the result.

It had been a busy day for Timmy and Lassie. They had been out, running and playing around the farm. Lassie had been keeping a sharp eye on the boy, and had already stopped him from throwing rocks at both a

CASTLE THE SERIES – 00009020
GIMLETS CHILDREN GIMLET & LEECH
Leech’s regular drinking companions wouldn’t accept Gimlet and he had killed and returned with three aurochs on one waggon. After arguing of it for half an hour, the inebriates decided to go outside, check the waggon and count the aurochs.
CASTLE THE SERIES – 00009030
MORGELLE (13) AND HER NEW FAMILY
Bistort telt her, “Had your intendet dien, which effectively is what has happent, by our customs as a widow you are entitelt to a minimum of a year for your grief, and more should you will it.”
CASTLE THE SERIES – 00010010
JED YOU ARE LEAÇEN
“I explaint when we became heartfrienden we givn ourselfs to each other, Jed. That means we have a leaçe of each others’ person. We are leaçen of each other, and it’s pronouncet leaçen, not leezen, to rhyme with fleecen. It means we have the right to do what we will with each other without asking for permission as long as we remain heartfrienden.”
Katie Ann

CASTLE THE SERIES – 00008020
IMPOVERISHED BACKGROUNDS
For the first time in their lives they mattered, and more importantly, they mattered to Folk who mattered.

A MOTH ON A SLOTH: Why a Sloth is Green

A Tale of Evolution and Cooperation (Symbioses)

There is a moth on a three toed sloth.

There is a fungus on the skin on the sloth.

There is algae in the fur of the sloth.

They all form a family,

that lives in a tree.

The moth and the fungus and the algae and the sloth all take care of each other.

You see none can survive without the other,

Luke and Lori were feeling anxious when coming home from dinner with Pappi and Memaw. The twins felt uneasy for different reasons. Luke was distressed because he knew his parents were fighting. He felt like the reason was because of him. Everything his mom was saying just to get peace weighed down on him. Words have meaning and those words were taken to heart. Because she never took his side, Luke started feeling he caused whatever went wrong.

Can the Martin family have a White Christmas at Sun City? Read and see.

Lori requested that both her mom and her had their lunch on the deck while Luke and her dad were at the bike park. The Brat Princess wanted the time with her mom to be somewhere just as special. The seldom used deck was the perfect venue. It was elevated and had an awning for protection from the weather. Being attached to the sunroom made the deck seem bigger than its actual size was to Lori. The deck’s elevation along with their home being on a hilltop gave a great view of the Mon Valley. This vantage point made Lori feel so important on sitting on the deck.

An cryogenic experiment, A brave volunteer starts to dream about being the opposite sex. Is it malfunctioning equipment, intentional or something entirely different all together. Why is he dreaming about being a girl? Is it really happening?

I want a huggle-bug for Christmas

For people who are on banker’s hours, the weekends are great for multiple reasons. The days named after Saturn and the sun are a break from their day to day routines. These days are used to relax from the stress of their life. These days are important to keep a good work/life balance. After having these two days people feel recharged and able to go back to the daily grind of their work. Lastly, after the break there is a reset. A restart to erase little disagreements which need no work other than time away to be amended.

The kitchen in the Walha’s household smelled of cloves, cinnamon, nutmeg, allspice and ginger. The kitchen counter was a little bit of a mess. There was some flour, spices and sugar on it. Renee just finished mixing the batter and was pouring the batter in the cake pan. As she was handing the pan to her dad, the first-time baker could not be prouder of herself. Renee was going to be able to say she made the cake when she gave it to Luke.

The data block tells me it was an early twentieth century writer called Mark Twain who said ‘History doesn’t repeat itself, but often it rhymes.’ That was before the internet never mind the data block. I came to realise what that implied when it became obvious Julian was not a little boy.

Renee Wahla was fearless. When some of her classmates started to cry after finding out they hurt Luke she joined them. They started to cry because they were still learning to control their emotions. Renee, on the other hand, started to cry because she was not going to deny her sadness. She was in control of her emotions, but was never scared of showing them. Renee wearing her heart on her sleeve was the reason why she was Mr. Noth’s favorite student.

The prophet
By Jasmine Monica

The Prophet
By Jasmine Monica