This is a story I did a few years ago and posted on Sapphire's. It's an attempt at Science Fiction and Adventure. At the time I wrote it, I had never read any of the Gor books. Now that I have, I'm surprised at some of the similarities.

The story is about Bill, who, through a travesty of justice gets involved with a dying boy. With the help of the boy's late uncle's writings, Bill is pulled into a strange, savage world.


The Princess of Q’fahr
By
Melanie Brown
Copyright  © 2005 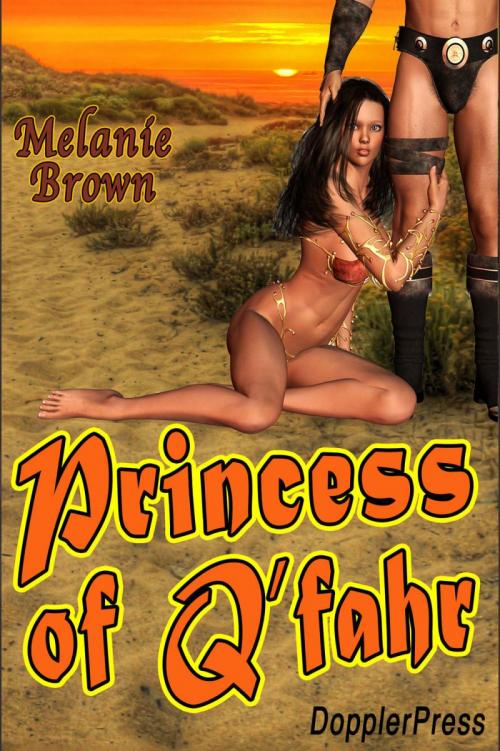 Princess of Q'Fahr on Amazon

Harry thought he was just making a little joke, but the women in the office weren't laughing.
So they made a little bet and Harry would win if he followed the women's dress code for a month.
How hard could it be?
Office Bet 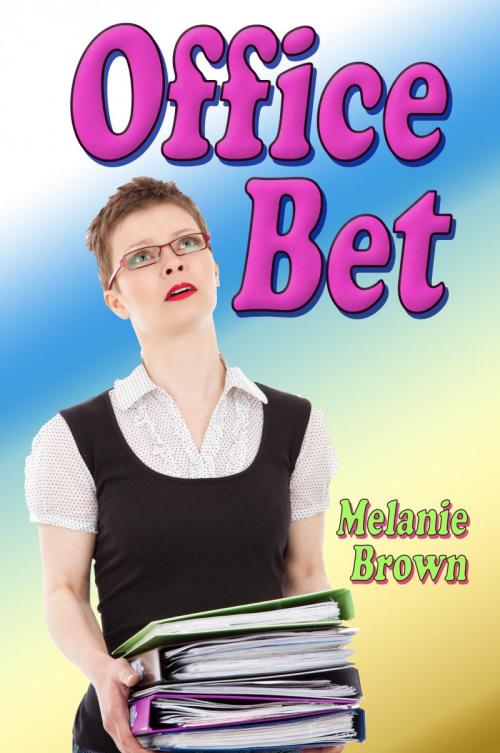 Return to Sender
by Jennifer Christine

They say your life passes before your eyes just before you die. No one ever says who “they” are, of course, and I always scoffed at it, until it happened to me.


Mark was a man with a past that seemed sure to catch up with him. But there were people in high places that were looking out for him, even as his life and his job seemed to be taking him in a very odd direction.

Ever since I was a kid, I loved comic books. When I was in high school, I took a creative writing class and our term paper was to write a novelette. I wrote a series of comic book stories with each chapter being what would be an issue of the comic book. I was dressing up by that time, but had never heard of transgendered fiction. I wonder if the story would have come out somewhat as what follows. I have adapted the story, but because of the intervening years, current comic book fans may see some discrepancies. My knowledge of the more current X-men comes from watching the X-men and X-men Evolution cartoons, so there may be some discrepancies there. Please don't email me with these- just go with the stories. I also loved the Firestorm character and that is the source of some of the ideas of blending the characters. I figure give credit where it is due. As always, emails and comments are welcome, as long as they are not abusive. 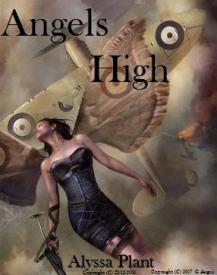 "The summer of 1940 would have been a glorious time had someone mentioned to Mister Hitler that it was cricket season."

A tale of War, of love, and of friendship. (And a few Nazis)

Miao Ling Grace and Siobhan Llewellyn are seemingly destined to be together. The pair learn later that Grace's brother Cretein and a girl he meets in college, Justine MacNamara, are integral to that destiny in ways that defy mere coincidence.

Though my first installment is easily acceptable to general audiences, later installments will have sections meant for adults only. That is to say:
At times, this story is not safe for work and truly not acceptable reading for those under 18.

Please enjoy my first story on Big Closet and feel free to leave comments of constructive criticism. I won't cry in my tea over some good advice. 8)

I was wearing my favorite dangly earrings that looked like a tiny model of the solar system with only 3 planets. I had a three-quarter sleeved top that showed off my breasts that were small and yet seemed to fit my frame. I heard loud voices behind me and turned to see what the commotion was about and saw my mother and sisters coming toward me, shouting and pointing at me. I covered my face and yelled nooooooo.

Synopsis: Allison learns the consequences of being a legacy and goes shopping for the first time.

(Karen Hansson begins her new life as a beautiful girl in love with a handsome, athletic, popular young man. Her transgendered status is just one of the factors she must overcome to fulfill her dreams not only to gain the love she desires, but also to save her future. This novel-length story is a sequel to two earlier stories about Karen, “To Be Or Not To Be,” and “Becoming Karen.” While the reader may enjoy reading the earlier stories first, this novel may be read on its own.)

Jesse has inherited his Grandfather’s ranch and now must fight his father to keep it while on a quest to find Coyote and his spirit animal.

The White Wolf
by Barbara Allan

What if your past was your future?

The idea for this story came from a short, inspirational email that was shared with me a few years ago. I thought the message behind it was quite lovely and wanted to somehow turn it into a story to share with everyone. It took almost two years for a story to develop where I could use it in a way to honor the beauty it was written in. If I knew of the original author, I would like to include them...but as with much that is passed around in cyberspace, they are unknown. All I can do is say, thank you for the inspiration...I only hope my story does justice to your beautiful, and uplifting message.

The Sentencing
By Anon Allsop

Barbara Scott - Fairytale Princess
copyright 2011 Faeriemage
For Donnie, life was about to end. For Barbara life hadn't yet begun.

Three years have passed since young Josie Fortune tried to make some decisions that would have a bearing on the rest of her life. We first met her in Book One as a young, attractive and entirely convincing male to female transsexual.

Josie had to deal with the painful and awkward transition from being Joseph, while fending off corrupt politicians determined to murder her, earnest young men eager to bed her, and best friends who fell in love with her.

In seeking her own destiny she struggled to find what she needed to do rather than what others would have her do. We pick up the tale as she graduates from University and selects a rather unusual career path, ready to deal with whatever the world throws at her...

but is the world ready for her?

Some experiments are supposed to fail..
The Brain-Jacked Chronicles
The "Too Successful" Experiment
by Melanie Brown
Copyright © 2004 Melanie Brown

Royalty Consists Not in Vain Pomp
by: Lilith Langtree

I threw the copy of the marriage license at him, which in reflection was stupid because it wasn't tied down with a large piece of marble, and it wound up flittering away until it landed beside him. "You want to explain this? Oh," I waved my left hand at him displaying the monster mound of diamond attached to my finger. "And this?"

There’s a suburb of the greater West Chester/Philadelphia area; you may have a similar town near where you live.

"I have to confess I cursed you all the way from Ullapool. It wasn't very gentlemanly of me, especially considering all you've done since. Perhaps we can start by using each other's first names. Would that be all right with you?"

"I - I suppose so," Shelagh said, somewhat hesitantly. Inside, part of her wanted to run, to bang the door shut and barricade it with furniture. Men had not treated her kindly when she was younger, and now she had a man in her house for possibly some time to come. She had every reason for mistrusting the male gender, and yet this one was different.

Tanya's Book Shop where she is selling her works in book form is at http://tanyaallan.authorshaunt.com/shop.php . Please Visit!

Police Sergeant Mike Dunwoody is a small-town cop, nearing the end of his service in New Mexico.

One evening, whilst waiting for two local miscreants who use the highway as a drag strip for their pickups, he sees something odd in the desert and goes to investigate. A flash flood fills the dry gulch with swirling water, and he sees what he believes is a child being swept off to certain death. He risks his life to save the child, but as he reaches dry land, he discovers that it is not a child, at least not a human child, and as his heart suffers a potentially fatal attack, his sacrifice leaves the commander of the alien ship with something of a quandary.

Mike’s body is beyond repair, but as the individual he saved is special, the captain decides to revive Mike, but so as not to risk certain exposure, the cloned body is slightly modified so the new Mike will not be able to tell of the experience.

The modifications? Mike wakes up as Michelle.

And Michelle is an awful lot more efficient than most girls.

By the way, my name is Paul. I’m that creepy guy that sits in the back of post modern women’s history thinking of how I can get any one of these Femme Nazis to do anything remotely sexual with me, other than flirt and tease me about being a man in a woman’s major.

Tracy, the hottest girl in the group, suggested I accompany her to work tonight to meet her boss. So here I am dressing up in my best to meet a guy hoping for a job doing anything for money.

The brave Battlemage, Therobelin, joins with his closest allies, Xhaiden and Meghalen to fight the ancient magic of the Rainfall Cult outside the walls of Ghanton. What awaits the three companions is

Scott was on his way west to meet up with his friends to start a new life in L A. What he came across in the desert after his car broke down would change him forever. He wondered if his friends would recognise him once they finally met again. He didn’t think this was what his friend’s intended when they said, "start a new life."